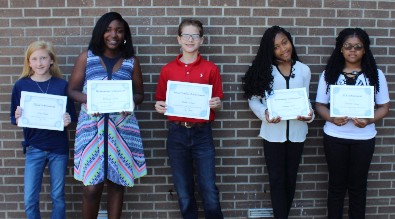 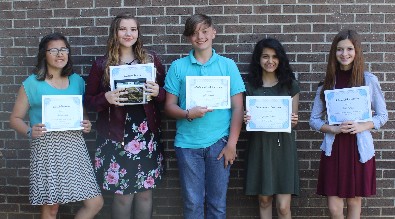 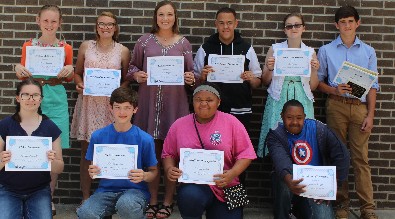 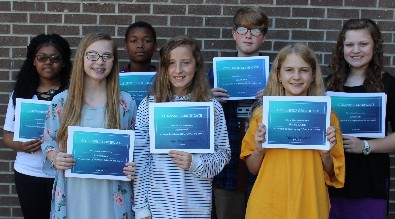 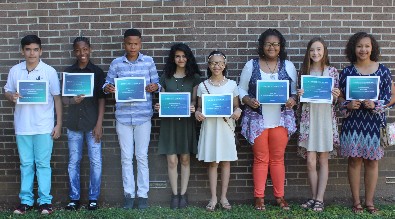 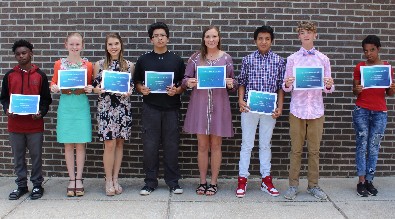 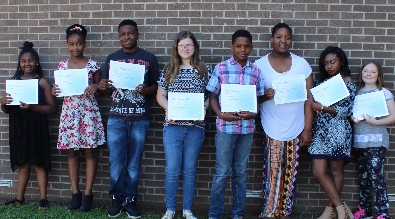 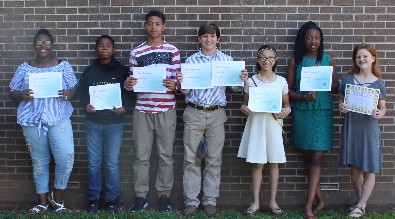 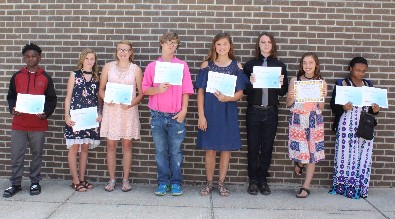 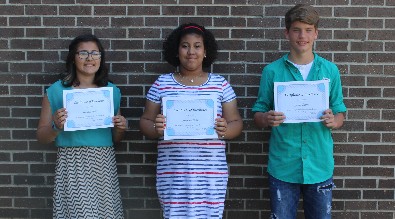 Congratulations to Emniyah Vance, for winning the 1st Annual 6th Grade Vocabulary Bee at Houston Middle School. The vocabulary bee started as a means to learn language and math terms for state testing and ended with the top 20 students battling it out in the final round. Vance is pictured holding her first place prize, a drone. 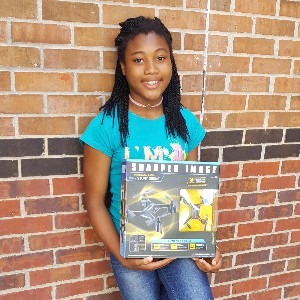 We are the world

HHS and HMS choirs, led by Melissa Moore, join together to perform pop hits for their final concert Thursday, May 4, 2017.

The Houston School District thanks Ms. Moore for her 22 years of service to the school district.

8th Graders take on their Teachers in Volley Ball Game

HMS students enjoyed a well-deserved break in the sunshine after completing state tests!

if you make it important

You'll Be Good At It!

Houston Middle School hosted a reception for Principal John Ellison for being chosen Administrator of the Year for the school district and Congressional District 1. Staff members sported t-shirts at the reception with Mr. Ellison's slogan, "If you make it important, you will be good at it." HMS has focused on good behavior, good attendance and academic growth this past school year.

Ellison Named First Alternate for Mississippi Administrator of the Year

Houston Middle School principal John Ellison was named first alternate at the 2017 Mississippi Administrator and Teacher of the Year Awards Program at the Jackson Convention Complex April 7, 2017. Shown here is Ellison pictured with Dr. Carey Wright, state superintendent of education, and Mr. Tony Cook, Houston School District superintendent. Ellison was chosen Administrator of the Year for Houston School District and the Mississippi Congressional District 1 before becoming a finalist for the state title.

Houston High and Middle Schools recently welcomed Ken Johnson, former defensive end for the Cincinnati Bengals and John Kopta, of the Power Team. Johnson and Kopta spoke to the students, encouraging them to make good choices. Johnson’s inspiring message included his past mistakes of drugs and alcohol and how he learned to keep pressing on. He told the students they all have excellence within them. Kopta demonstrated his strength by tearing a thick phone book in half and encouraged the students to be strong and make wise choices.

Will Wright, a seventh grader at HMS, recently placed third in his category at Northeast Mississippi Community College at the HUB Region IV Science Fair for his pencil lead light bulb project. He advances to the state science fair at Mississippi State University April 6, 2017. Wright is the son of Tommy and Mary Ruth Wright. 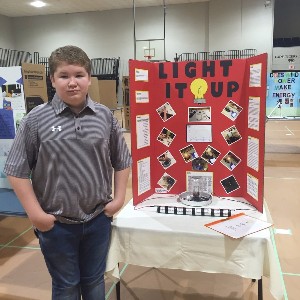 Two bus loads of 6th - 8th graders attended the Junior Beta Convention in Biloxi, Miss., March 19 - 21. Students who are eligible for Junior Beta must complete 15 hours of community service and maintain an 85 or above in their final average for each subject.  The purpose of the Junior Beta club is to foster future leaders.

Stacy Chapman, sixth grade language arts teacher, is the Junior Beta sponsor. She has led this club for 18 years at HMS.

Buggs, shown left, is the daughter of Darrin and Barbara Buggs of Houston, Miss. 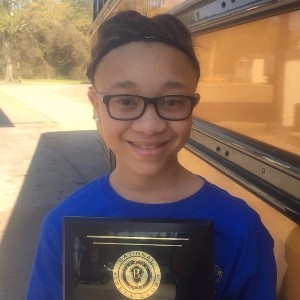 Houston Middle School eighth graders toured the Tupelo and Fulton campuses of Itawamba Community College Friday, Feb. 17, to learn about college and career opportunities after high school. Shown above is a group picture outside the student services building on the Fulton campus. Pictured left students learn about the radiologic technology program on the Tupelo campus. 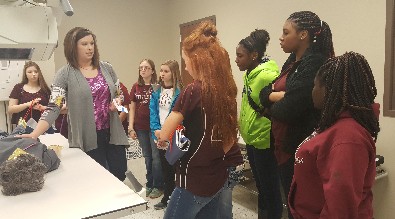 Lorem Ipsum is simply dummy text of the printing and typesetting industry.

Welcome to the SchoolBlocks
self-guided tour!

The most common question we receive is, how is SchoolBlocks inspired by Pinterest? SchoolBlocks eliminates navigation bars and uses a block style layout that’s similar to Pinterest. It creates a unique and engaging browsing experience, optimizes for mobile and removes a lot of navigational complexity.

Please click on the red plus signs found on this page to learn more about specific features.